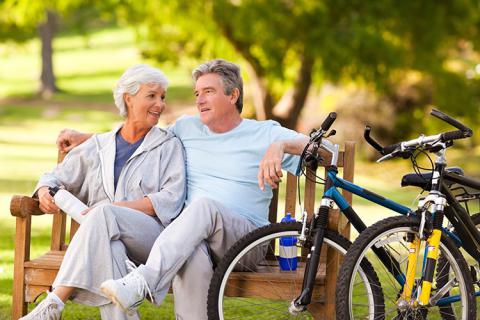 Choosing a retirement location can be a stressful experience, especially when you combine your own questions with the pressures you might be receiving from loved ones to live near them. Here are ten tips to help ensure that your retired life is as wonderful as it can be.

Harry and Sally both earned high incomes and liked to live the good life. They leased higher end European cars, took two-week exotic vacations almost every year, and lived in a house much larger than they truly needed. To accomplish this lifestyle, they put off retirement savings. Now in their forties, Harry and Sally are realizing they have some catching up to do. Listed below are a few things to consider:

Delay no more - Procrastination or bad breaks may have derailed a savings plan. Now is the time to make savings a priority.

One of the top retirement goals for many is travel. As many as 1.5 million so called "snowbirds" travel to the Southern United States during the winter. With summer just around the corner, thoughts turn to travel within our borders, too. The Canada Safety Council states that a few simple precautions can help ensure a safe, healthy and enjoyable trip any time of the year.

Maureen, age 20, figures she can save $400 each month; or she can keep frittering it away at the mall. She lives with her parents and they think she should save it. Dad says, "Put it into an RRSP and get a tax break as well." Her friends think RRSPs are for old fogies and she doesn't need to start thinking about retirement savings until she's 30.

Weighing the Cost of Your Retirement Dreams

We all know how easy it is to romanticize our retirement years. Many of us make lengthy lists of things we will do and experience in those golden years. We have little doubt about our ability to enjoy the perfect blend of leisure and excitement, which is what makes the very idea of retirement seem so priceless to so many of us. However, it would be a mistake to equate “priceless” with “cost-free!”

Those golden years might cost you more than you think. Are you prepared for those costs?

Review investment portfolio - Joanne had been using investment funds to save for retirement. She had benefited over the long term by investing in equities, but wants a more income-oriented portfolio with less volatility for her retirement income needs.

For years, you have been anticipating that last day at work. When it finally arrives, will it live up to your expectations?

Retirement looks different in everyone’s imagination. For some, it means never wearing a tie again – for any reason. For others, it means traveling the world in designer clothes while attending fancy social events or elaborate musical performances. Some might envision it as a poolside chair with a cold glass of lemonade that never runs out.

While the lemonade may be in unlimited supply, your attention span is not. What happens if you get bored?

Retirement used to mean a gold watch, a pension and spending time on hobbies or new pastimes. For some this may still be true, but times have changed and there are new realities that will affect how retirement will look in the future.

The largest segment of the population in Canada today, the "Baby Boomers", started retiring in large numbers a few years ago. Those born in 1947 are considered the first Baby Boomers and they reached age 65 back in 2012. Many were in position to retire immediately while some of their peers have had to postpone or scale back their retirement plans.

Pay Down Debt or Retire in Comfort?

Increasingly consumers in major Canadian cities such as Calgary, Edmonton, Vancouver or Toronto, are faced with a dilemma of how to best manage their cash flow in the face of record mortgage and consumer debt.

Over the last one hundred years, every new generation of Canadians has enjoyed the benefit of a longer life expectancy. With dramatic improvements in health care, the human life span has never been longer. Additionally, some have set their sights on early retirement. The combination of living longer and retiring earlier creates a serious cash crunch because that greatly expands your time in retirement. A financial adviser can help you develop a plan to solve this critical problem.